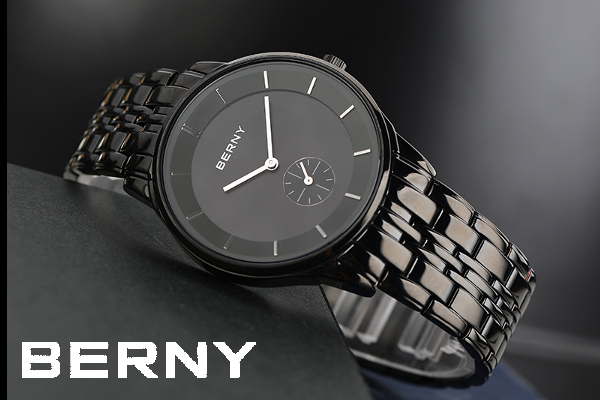 Founded in 1995, BERNY Watch Company was a pioneer in the factory-to-consumer marketing technique popularized more recently by such brands as Bonobos and Warby Parker.

Their aesthetic is similar: simple, classic, but with an eye for the contemporary.

BERNY Watches now has offices in several countries: the United States, China, Hong Kong, and Dubai. Movements and other materials are made in Switzerland, Japan, and China, and timepieces are assembled at BERNY’s own factory at the Shenzhen Watch & Clock Agglomeration Base in Shenzhen, China, just across the border from Hong Kong, in a picturesque location on the edge of a small lake. In addition to producing BERNY brand watches, the factory manufactures timepieces for independent brands, mostly from Europe and North America.

Although the company operates several brand stores and sells its watches in other stores, much of its business is done online, to customers in North America, Europe, the Middle East, and Asia.