Breitling is a luxury brand of Swiss watches that are produced by a company known as Breitling SA, which is a private company that is headquartered in Switzerland. Originally founded by Leon Breitling way back in 1884, the company is known for its Swiss components and luxury models.

In 1884, in the mountains of Switzerland, Leon Breitling opened a small workshop that specialized in making chronographs and precision counters for scientific purposes. By 1892, the company had grown significantly, and Leon relocated his office to La Chaux de Fonds, which, at the time, was the center of the Swiss watchmaking industry. 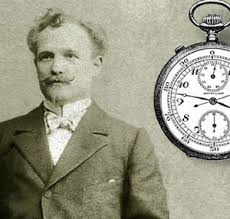 Breitling passed away in 1914, at which time his son Gaston took over the family business. A year later, Gaston created the first wristwatch chronograph, providing Swiss pilots with their first wristwatches, and sparking a bit of a revolution in the watchmaking industry. By 1923, Breitling had developed the first independent chronograph push piece (before this, start and return to zero functions on watches had been controlled using the winding crown mechanism. In 1932, Gaston’s son, Willy Breitling, took over the company for this father, and within two years, Breitling had developed it’s second return to zero push piece watch. It’s this characteristic that gives the wristwatch its definitive form, and Breitling became known in the industry for inventing the technology that made the wristwatch what it is today. In 1936, as the second World War began in Europe, Breitling became the official supplier of watches to the Royal Air Force, further cementing its status in the watchmaking industry as top of the line. By 1942, with the entire world at war, Breitling broadened its resume by offering watches to the American armed forces as well.

Throughout the forties and fifties, the company continued to innovate, at Willy Breitling’s helm. In 1962, the company made history as astronaut Scott Carpenter donned a Breitling timepiece aboard the Aurora 7 space capsule. In 1969, the company made history yet again, as they invented and released a self-winding chronograph movement, a technical achievement that was a major breakthrough for the entire Swiss watchmaking industry. In 1979, Willy Breitling passed the torch onto Ernest Schneider, a pilot and electronics specialist, who then became the company’s leader, launching multiple new watches in the next decade and further cementing Breitling’s greatness in the industry.

By the year 2000, over a hundred years after Leon Breitling had opened a tiny workshop in the Swiss Alps, the company moved to a new headquarters in Grenchen, Switzerland, which boast a modern administration building and state of the art production unit, where all Breitling watches are assembled and then shipped to retailers. The company’s ability to keep things Swiss made and done in-house has created a cult-like following for the brand, whose customers ensure that Breitling stays at the top of the list when it comes to luxury watchmakers.

These days, Breitling watches, while not hard to come by, are considered solid gold in the watch world. They’ve appeared on the wrists of Hollywood film stars, politicians, war heroes and more. The company has continually provided watches to the Royal Air Force and the armed forces, which gives them a respect that other watch brands simply don’t have. While luxury brands like clock have garnered respect from the rich and the famous, Breitling is the only brand that has garnered respect from the international community and has managed to remain a small company that has continually innovated and rolled out incredible, high-quality timepieces. The brand is well-known, certainly – but the Breitling name isn’t just about sales or bragging, it’s about international respect and the responsibility that comes with being a supplier to Air Force and Army members. Breitling watches have been worn by men who have put them through the wringer – both in the case of war combat and every day life. How many watch companies can claim that they’ve been donned both by average Joes and army heroes? A rare company is one that can claim that feat, and Breitling is it.