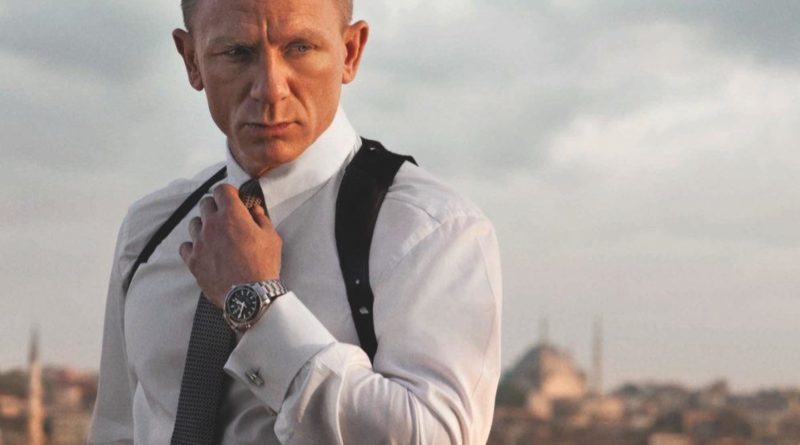 Style is essential to the James Bond mystique: 007 has the best cars, the best drinks, the best clothes, and of course the best watches. Ian Fleming was specific in his description of the spy’s timepiece: in On Her Majesty’s Secret Service, published in 1963, Bond reads a “heavy Rolex Oyster Perpetual on a metal watch bracelet as he awakes in the middle of the night.”

Transferred to the big screen, Bond kept his favorite watch. In 1962’s Doctor No,  actor Sean Connery, sports a Rolex Submariner Oyster Perpetual wristwatch 6538. The Rolex Sub would appear in another ten movies. It is featured on the wrist of George Lazenby in 1969’s On Her Majesty’s Secret Service, worn by Roger Moore in Live and Let Die (1973) and The Man with the Golden Gun (1974), and sported by Timothy Dalton in The Living Daylights (1987) and License to Kill (1989).

Connery also wore the Gruen Precision subsidiary-seconds wristwatch 510 in Dr. No, and this watch would appear in another three films, through 1967’s You Only Live Twice. Bond was also spotted wearing several other brands: the Hamilton Astronaut pulsar wristwatch P2 / 2900 in Roger Moore’s Live and Let Die (1973) and the TAG Heuer Professional Night‑Dive wristwatch 980.031 in Timothy Dalton’s The Living Daylights (1987).

It wasn’t long before Bond’s watches were getting some extra features courtesy of gadget wizard W. His watch in 1965’s Thunderball featured a built-in Geiger counter that he could use to measure radioactivity levels. In Live and Let Die (1973), Bond’s watch holds a buzz saw with which 007 is able to free himself from his shackles and an integrated magnet that diverts bullets. His digital watch in The Spy Who Loved Me has a tape machine that spits out messages from MI6. In true 007 style, his watch in Octopussy includes a camera which Bond uses to record essential decolletage.

Since Pierce Brosnan began his runs as Bond, 007  has worn Omega watches, starting with a souped up Omega Seamaster wristwatch 2541.80 in 1995’s Goldeneye. Many of these have featured gadgets: his Omega Seamaster Professional chronograph 2531.80 in 1997’s Tomorrow Never Dies has an automatic caliber that saves his life with an integrated detonator; in  The World Is Not Enough (1999) it has a wire with a grappling hook that rescues Bond from an avalanche; in Die Another Day (2002), Bond’s watch has a remote detonator operated by turning the bezel and can activate a laser from its crown.

One thought on “What Watches has James Bond Worn?”